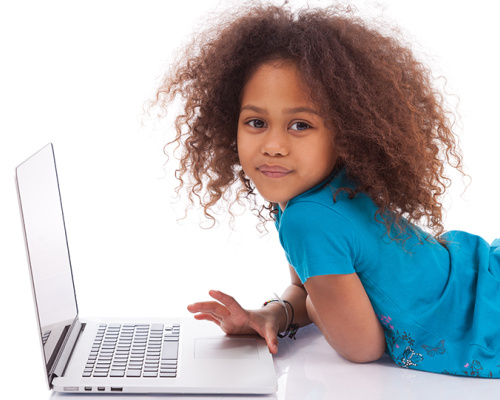 Why Should Girls Code?

Girls Who Code is a non-profit organization that provides after school and summer programs for girls interested in computer programming. Their web site notes that women currently represent 12% of all computer science graduates, but in 1984, they represented 37% of all computer science graduates. This is remarkable, since that period saw personal computers make programming more accessible, and also saw the number of female college graduates surpass the number of male graduates. Regardless of why this underrepresentation of women in computing happened, however, it's worth asking asking why we should care.

Why is it important for the technology industry to narrow the gender gap between male and female developers? This question was put to me by a (male) friend on Facebook after I posted a link about Girls Who Code. At first I was annoyed because it seemed self evident; my response was the same as my nine-year-old daughter’s: “because it’s not fair.” This is a pretty good argument, but there are lots of other reasons, so I’ve put them in a short list below.

The benefits of social diversity in any creative field go beyond gender. Having team members with different demographic and cultural backgrounds brings more perspectives to problem-solving than in a mono-cultural team. In a large study, Harvard researchers found that “diversity unlocks innovation by creating an environment where ‘outside the box’ ideas are heard” (see “How Diversity Can Drive Innovation ).

The positive effects of gender equity in the workplace are also well-documented. For example a study in 2011 showed that “There’s little correlation between a group’s collective intelligence and the IQs of its individual members. But if a group includes more women, its collective intelligence rises” (see “What Makes a Team Smarter? More Women. These results have since been duplicated by the same researchers. They comment, “What do you hear about great groups? Not that the members are all really smart but that they listen to each other. They share criticism constructively. They have open minds. They’re not autocratic.” This may be more prevalent in mixed-gender groups because women have historically been socialized to be “other oriented” and hence good listeners. Whatever the cause, there are good reasons to value the “soft skills” that some women may bring to technology teams.

Computing has a history of system-centered engineering. With the advent of the personal computer, software designers had to begin accommodating “inexpert users,” leading to the rise of user-centered design. Ironically this shift coincided with the declining numbers of women in computing noted above. In my experience, female software engineers have a positive bias toward user-centered thinking. This is because, as noted, women are socialized to think of human needs alongside system logic and design rather than as an afterthought. They tend to think in terms of what actual people want to do with technology rather than how abstract “users” interact with systems.

In the consumer economy, women have been seen as shoppers rather than makers. But this is a recent phenomenon; before the 20th Century women’s domestic production of goods were a major part of the economy and artisanal engineering. The Maker Movement and DIY/crafting culture of the 21st century show how empowered people of both genders feel when they have the means to create and not just buy technology. Sites like AdaFruit and Etsy’s “code as craft” initiative show how reframing technology as an accessible form of cultural production can help break down psychological barriers that can keep women (and some men) out of tech fields. These may be the people who will craft more diverse and useful forms of human-computer interaction in the 21st Century.

Clarity chose to support Girls Who Code for our 2014 end-of-the year donation because of their work to broaden access to computing careers. There are similar home-grown efforts in schools, tech museums, online, and and in community centers around the world. If you are a programmer or a teacher who codes, we hope you'll share your skills with interested girls and kids who might otherwise feel shut out of a creative and useful career!