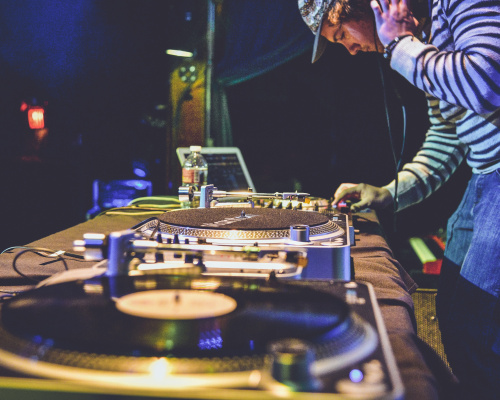 Every Friday afternoon in our office, I deejay the Clarity Disco Dance Party. It involves a lot less dancing—and disco—than the name implies, but it’s definitely a party. I play songs crowd-sourced from my co-workers based on a selected theme.

Sometimes the themes are based on the season or events, like “songs or artists with military designations” in honor of Memorial Day (think “Corporal Brown” by Toad the Wet Sprocket and “Captain Jack” by Billy Joel).

A new school year has started up, so we thought Songs about Education would be a perfect theme, right?

Most well-known songs that mention teachers or school were written by disaffected rock stars channeling their teenage angst. The songs are not exactly paeans to the love of learning.

Pink Floyd's "Another Brick in the Wall (Part 2)"

Now, teacher, don't you fill me up with your rules Everybody knows that smokin' ain't allowed in school

The Beatles' "Getting Better"

Alice Cooper's "Schools Out for Summer"

So far, not the greatest playlist for the second graders’ next round of musical chairs.

For that we’ll need to broaden the scope, so I challenged my co-workers to come up with songs  suitable for school, that inspired curiosity, discovery, and imagination. We called the playlist Songs to Fuel Your School Day .

Our shiny red apple to you. Let us know how we did at blog@clarityinnovations.com.