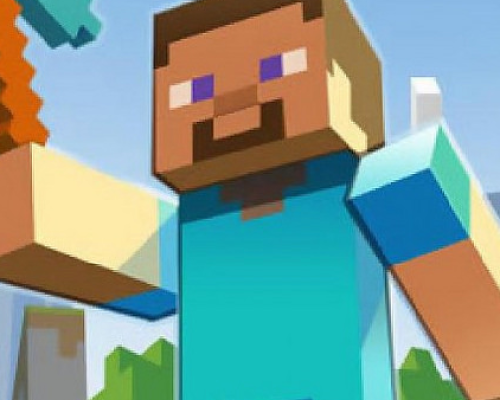 Readers of this blog may remember playing Oregon Trail, the green and black pixelated game of my youth. Even though it’s been over twenty years since my peers and I learned of the dangers of dysentery, game-based learning is still in many ways a nascent concept. President Obama gave video games an educational thumbs up, endorsing them as a promising way to excite students about STEM and to inspire the next generation of innovators. Many of today’s parents and teachers grew up playing and loving video games, but they are still seen more as mind-dulling diversions and distractions than President-endorsed brain-boosting tech.

I think that is finally about to change.

One evolving use for digital media devices in the classroom is educational gaming, also known as game-based learning (GBL).  GBL uses games to achieve a specific learning outcome. Most often GBL is understood to be computer-, code-, or app-based. In other words, digital games. These games have been around for a while, even if they are not (yet) widely accepted or implemented. In Project Tomorrow’s annual Speak UP survey on digital learning (2015), 48% of teachers said they use game-based environments with their students, with elementary teachers (K-5) being the most likely users. Similarly, 40% of administrators said their classrooms include digital games as learning tools. In Project Tomorrow’s 2013 survey, four out of five teachers said that when students played games, these games are created specifically for an educational use.

Cool Math, Starfall, PBS KIDS, and BrainPOP are some of the more commonly used games and game platforms out there. Additionally, we find a lot of educational mini-games and games embedded in interactive, online lessons. Online lesson systems and drill-and-practice apps are plentiful, while immersive games with educational objectives are not. (For better or worse. Worse, to my mind.) Immersive games require longer stretches of gameplay and can take several days or even weeks to complete. This makes them tough to fit within a class period or lesson unit.

However, these long-form, immersive games are what interest me most these days. And the biggest one out there, or soon to be the biggest one, is Minecraft in the classrooms. Minecraft is an incredibly popular game. So much so that even if you don’t have an eight year old in your life, even if you are at a total loss as to what Minecraft is about, you have probably (definitely) heard of Minecraft. Kids who play Minecraft LOVE Minecraft. These kids spend hours, days, or weeks building a world and sharing it with their peers.

And now Microsoft is looking to get Minecraft in the classrooms. A few intrepid teachers have made use of Minecraft with their students, but mostly in clubs or after school programs. To entice schools and districts to purchase Minecraft licenses in bulk, the new Minecraft: Education Edition comes with several new features. First, Minecraft: Education Edition runs on networked computers, something that the “vanilla” version of Minecraft does not do. Second, teachers can install a companion app called “Classroom Mode” that allows them to create student accounts and manage world settings, as well as communicate with students and even teleport them to a desired location in the MInecraft world. The app also displays a map view of the Minecraft world as it’s developed, along with a list of all students currently building objects inside the world.

To support teachers as they become familiar with using Minecraft as a teaching tool, the Minecraft: Education Edition website provides lessons and activities categorized by age group and subject matter. Some of the lesson subjects include American History, Computer Science, Geography, Math, and Art. There is also an online community where teachers can submit lesson plans, participate in discussions, and view training materials. To ease the transition for teachers entirely unfamiliar with building in Minecraft, the site hosts  “starter worlds” to use as the basis of lessons. Teachers can download a starter town, an alien planet, a roller coaster, and even an enormous human eyeball made entirely out of blocks.

Minecraft: Education Edition has only been available for a few months, so it’s too early to measure the success of this effort by Microsoft to fundamentally shift the way that educators use digital games with their students. I see a great potential for open world games like Minecraft to become a new, highly-engaging platform for education overall. Along with teaching specific content, the game can boost student creativity, critical thinking, and collaboration.

In a future blog post, I will discuss my observations and predictions about how Minecraft could serve as the gateway application for wide-scale adoption of virtual reality, as well as augmented reality, by schools. Specifically, Minecraft can be played using the Oculus Rift VR headset, and there have been hints from Microsoft of a Minecraft application for their augmented reality headset, the HoloLens. These emerging technologies could be the ultimate game changers for schools in the future.