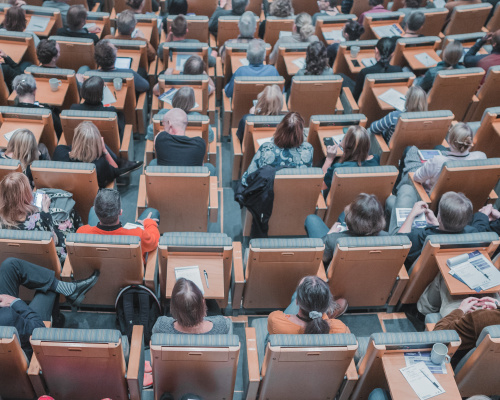 Not that long ago, if someone asked for a recommendation about a Chromebook to buy, I’d send them an Amazon link to an older Chromebook with a powerful processor—maybe even an Intel Core processor.  You would get a faster device than many newer models at a very competitive price.  It didn’t matter that the device was a year or two old. The device specs were rarely much different and automatic updates always ensured you ran the most up-to-date version of the Chrome operating system.

However, the ability to run Android apps on Chromebooks is forcing me to reconsider.

Up until now, Chromebook users were limited to apps from the Chrome Web Store, the majority of which are so-called “hosted” apps, or basically just links to websites. Now, with App Runtime for Chrome (ARC), Chromebook users can potentially run many of the two million apps in the Google Play Store. ARC, announced in May and still in beta, is only available on the dev or beta channels for three Chromebooks: the Asus Flip, the Acer R11, and the (soon to be discontinued) 2015 Google Chromebook Pixel 2. A sampling of other Chromebooks will work with Android apps later in 2016 or 2017, but many older Chromebooks will be left out.

What does this mean in education, where Chromebooks have surged in popularity? On first glance, it seems like the value of Chromebooks remains with some of the original reasons that educators gravitated towards the devices. With their instant-on web-based ecosystem, Chromebooks put the digital world at students’ fingertips. And Google’s built-in suite of educational tools—from Drive to Docs to Gmail to Classroom—will remain central to how Chromebooks are used in schools, empowering students to work collaboratively and be productive. In fact, many educators could see the addition of Android apps, many of which are games, as a mere distraction in the classroom.

On second glance though, the availability of Android apps on Chromebooks seems to indicate a new direction, with new educational possibilities. Some Android apps, like Microsoft Word and Excel, take advantage of offline capabilities and are far better than their web-based counterparts. Other media creation apps could make Chromebooks more like iPads, seen by many as a better tool for fostering creativity in the classroom. Still other apps, like Google Expeditions, showcase the ability for Android apps on Chromebooks to eliminate the need for tablets altogether (Teachers can guide an Expedition from a Chromebook instead of having a separate tablet).

Newer Chromebooks are also prioritizing touchscreens. To me, a touchscreen on a laptop isn’t necessary, but on a tablet with a full app ecosystem, it’s essential. Both the Flip and the R11 not only include touchscreens, they feature 360-degree hinges for easy conversion between laptop and tablet. Imagine  students able to convert their Chromebooks into tablets and take notes in a digital textbook with an offline Android app! Touchscreens and Chrome OS are still making improvements, but it’s obvious that touch will be a part of Chrome’s future. Rumors about a new Samsung Chromebook even suggest that the future of Chromebooks may include a stylus.

Yes, Android apps on Chromebooks can seem a bit clunky. While many apps we tested ran smoothly, we also encountered our share of issues. We had trouble using Photoshop Express to take a photo through an editing workflow and could not end a call with the Skype app. Internet searches yield stories from others with similar experiences. But as Google prepares to move ARC out of beta, it’s hard to imagine most of these issues not being resolved.

Chromebooks are in the midst of a transition, clearly moving away from the Chrome apps platform towards the Android ecosystem. I know that I will be recommending Chromebooks with touchscreens, convertible designs, and compatibility with ARC; schools should similarly be future-proofing their decisions.