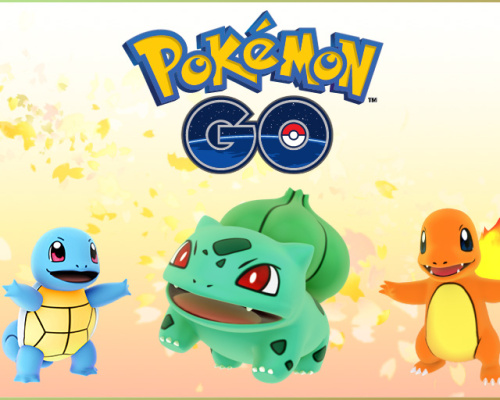 I’m a fan of geocaching for the very reason that my son, Jonas, agrees to go on an “adventure” (we can’t call it a “hike”) if it involves geocaching. On the trails, we look for hidden treasures, usually little plastic chachkes. The other day, while driving home from the store, Jonas asked me to drop him off a few blocks from our house so he could play Pokémon GO. Since he won’t even walk the dog a few blocks, I agreed.

Not having used Pokémon GO, I was a little skeptical. When he returned enthusiastically sharing his experience, I knew it was my turn. Turns out, it does make dog walking more entertaining, and possibly more dangerous as one becomes entranced in augmented reality.

Pokémon, translated to Pocket Monsters, grew out of a hobby of Satoshi Tajiri, who as a child enjoyed catching insects and tadpoles near his home in Tokyo. Over time, Tajiri decided to put his idea of catching creatures into practice, to give other children the same thrills he had as a child. The first Pokémon games came to the NintendoGame Boy system in Japan on February 27, 1996, fulfilling Satoshi Tajiri's dream, allowing people of all ages to catch, train and trade151 creatures and become a Pokémon Master. Trading cards followed the game as well as various Pokémon manga (Japanese comic books) series based on the game and trading cards.

And now, twenty years later, Pokémon Go is taking over the world. See for yourself.

Sure, the little monsters are cute, and capturing them is a thrill. Yes, it gets folks off the couch (although still with their eyes on a screen), but is there merit beyond a walk in the neighborhood seeking virtual creatures?

Come those first days of school, I imagine we’ll see kids’ noses in Pokémon GO, but what happens at the school door?I wonder if, like Minecraft, we’ll see this game infiltrate the classroom. Pokémon GO has a few barriers in a classroom setting: it requires mobile devices, and encourages students to leave school grounds. I’m sure we’ll see more functionality as the app evolves, but is there much that is education-worthy to this app? If used in school, I imagine we’d see students highly engaged, working collaboratively, communicating, and problem-solving - all important skills, but how can teachers incorporate the app into content learning?

Let’s say, you want to give it a try - just for kicks. How could you use it? First of all, make sure you understand the privacy issues and use accordingly. Here are a few of my ideas, but I’d love to hear yours.

Social Studies: Neighborhood history - Select an area of your neighborhood that has a lot of Pokémon for students to build their “armies” - have them play the game, then discuss and research places of interest that were identified and what’s missing. If there’s a way, students can  submit locations and descriptions of landmarks in your community.

Math/Science: Collect and analyze Pokémon data. Take a look at this video (includes some inappropriate language) . Do your own data collection to analyze, locational variance, for example

Language Arts: Write a story from the point of view of one of the monsters. Create your own Manga-style comic strip.

Economics: What has made this game so successful? “After the unprecedented rally in Nintendo's share price since the release of Pokemon Go, the gaming company has soared past Sony in terms of market value.” (BBC https://www.bbc.com/news/business-36833916)

What are your thoughts about Pokémon Go in the classroom?