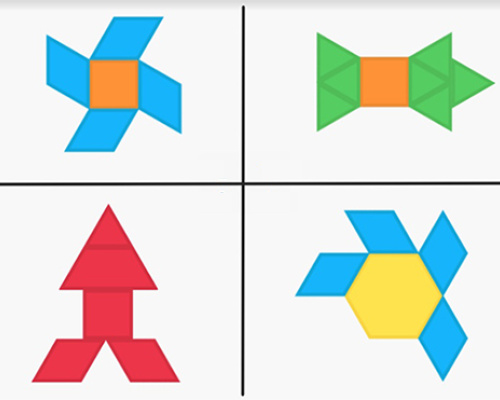 Extend Math Conversation with "Which One Doesn't Belong" 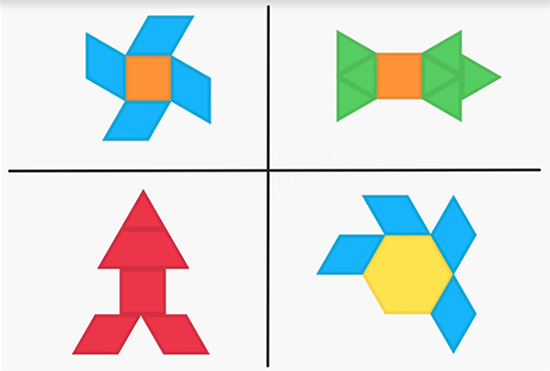 Take a look at the four images above and ask yourself, “Which of the four doesn’t belong?”

Don’t worry about getting the “correct” answer; just have a reason to support your choice. It’s fun to think about, right? Imagine hearing responses from a room full of teachers, which has been my experience at recent presentations.  If it’s fun to contemplate, it’s probably even more fun to talk about with others.

Which One Doesn’t Belong, or WODB for short, is a popular instructional strategy for generating critical thinking in the math classroom and beyond. Christopher Danielson produced a book with the same name; Mary Bourassa curates a website ; and Twitter is filled with teacher examples from classrooms every day.

At a conference this fall, I saw a presenter begin a session with a WODB activity. Since then, I’ve used the strategy as a warm up exercise at a few presentations of my own. Almost more importantly than generating participant thinking, it asks them to use math discourse to uncover perspectives that they’d likely never see on their own.

For example, just this week I used the money pieces WODB as an introduction to a session I gave at TCEA: Apps for Mathematical Reasoning. I heard responses I had planned on:

But then something else happened, something that often seems to happen with WODB exercises: someone offers a totally fresh idea. A participant—perhaps  a language arts teacher stuck in a math session—volunteered that image 1 is also the only image that is not a palindrome. I had to stop, look, and think….hard. What was she seeing that I wasn’t? 67, 33, 77, 121. Yes, image one is the only value that is not read the same backward as forward. Needless to say, everyone in the room was transfixed!

Lately, I’ve been building my own WODB images with the Math Learning Center Apps . By offering virtual versions of the full gamut of elementary school manipulatives and models, the apps are an ideal medium for creating your own WODB exercises. Open an app, use the straight pen tool to divide the screen into four quadrants, and you are on your way.

To see my collection of WODB images (now small, but growing) I have built with the MLC Apps, check out my Google Drive folder , and let me know at blog@clarity-innovations.com if you have any WODB challenges to contribute—or if you see something in the images above!