The era of misplaced QR codes is here

By now, you’ve probably seen quick response (QR) codes appearing just about everywhere. These high-contrast two-dimensional barcode graphics were appropriated from obscurity to convey information, mostly as a URL, about an object displaying the QR code. While it’s enjoyed widespread popularity in Japan and Europe for the last six years, it’s only recently become mainstream here in the mobile technology backwaters (better known as the United States). Unfortunately, not everyone realizes how QR codes are best used. 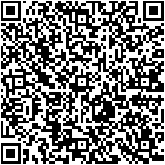 This is a high-density QR code of my vCard. (The space around it is part of the QR code specification; it helps scanners more quickly distinguish the code from the surrounding noise.)

Technology is the development and use of tools to solve specific problems: The codex (stores and conveys human knowledge and culture). The light bulb (illuminates the darkness). The integrated circuit (miniaturizes computation). With the emergence of each new technology, there is (always in hindsight) an awkward period of questionable, mismatched, or just plain ineffective uses of it while we adjust our paradigm to accommodate. I affectionately call this the “horseless carriage” stage (a term used to describe the automobile before that word caught on).

2011 seems to be when this “horseless carriage” stage takes QR codes for a ride. Let’s begin with a few good, bad and ugly examples.

The challenge ahead isn’t going to be the effective use of QR codes; that will come with experience at using them. The immediate hurdle is the quality and accessibility of tools for reading and using QR codes. With a modern smartphone, it's relatively easy to find an app that reads a QR code. (A quick search in the Apple App store finds over a dozen.) My preference is the i-nigma reader, because of its large number of supported devices (i.e., including the 70% of the phones in the world that aren't considered "smart"). For generating QR codes, I recommend goqr.me. In the meantime, I welcome your examples of strange or unusal uses of QR codes in the comments.